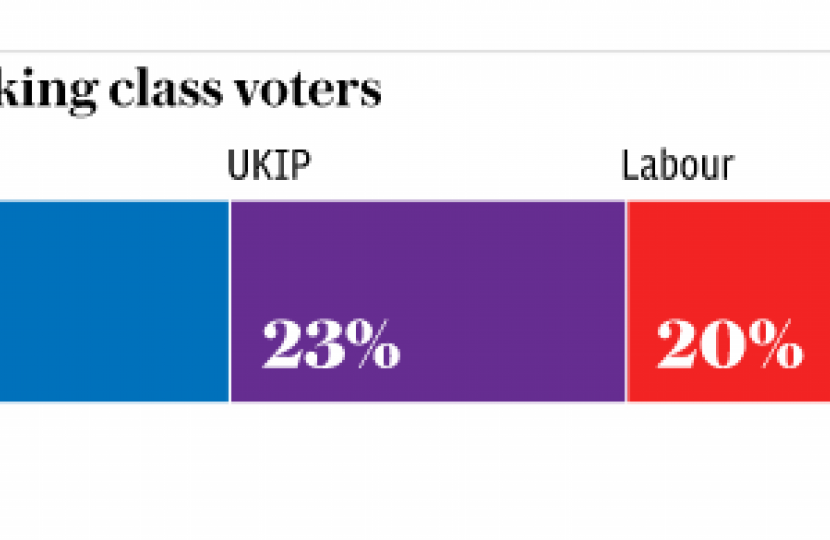 Labour is now the third most popular party among working class voters, a new poll has revealed, as the party faces a close-run battle with Ukip to hold on to one of its key seats in the north.

Research undertaken by YouGov found that Labour ranks behind Ukip and the Conservatives among lower-income voters for what could be the first time in the party's history.