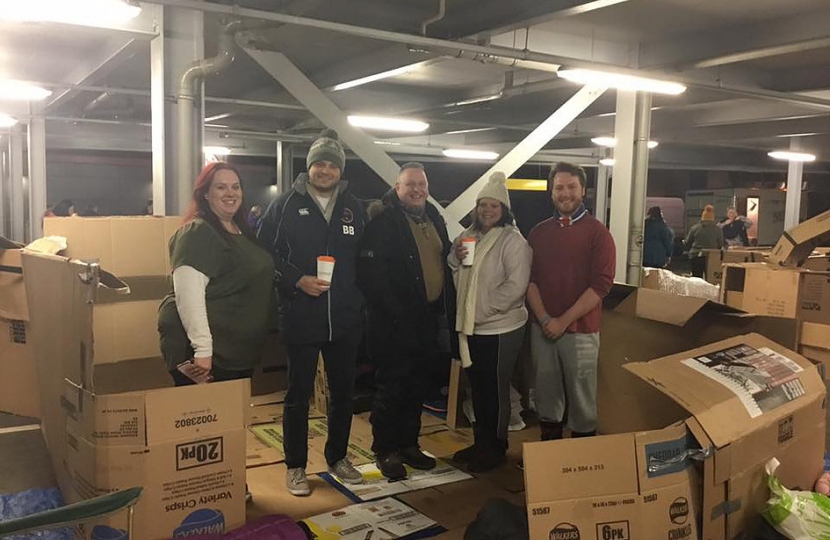 Mansfield’s MP Ben Bradley took part in ‘The Big Snore’, an event organised by the homelessness charity Framework. The event aims to raise both awareness of the issue of homelessness and rough sleeping, as well as raising donations for Framework. It see’s community groups and fundraisers sleeping out together for 12 hours.

The MP had pledged to support the charity event by ‘sleeping rough’ along with a number of other volunteers and community groups. Mr Bradley also started a ‘JustGiving’ page, aiming to raise £250 for the charity. Currently, Mr Bradley and his team have raised over £500, with the money going directly to the charity Framework.

Discussing his night, Ben said that he was “really pleased to have done the sleepout. We’ve raised a lot of awareness for the issue in Mansfield, as well as raising a lot of money that will go straight to Framework. It’s a really good way of getting people involved and raising the profile of the issue.”

“It was really positive to see so many people and groups joining in with the sleepout, such as the scouts and West Notts College."

“I want to thank every single person who has donated and all the organisers of the event. I’ve had a lot of dealings with Framework, they’re a genuinely good charity, so I know that all the money raised will be put to genuinely helping the homeless in Mansfield."

Since being elected, Ben has made tackling homelessness in Mansfield one of his main priorities, having brought a number of senior and cabinet Ministers to Mansfield to discuss what support the government is able to offer the town.

Ben was joined on the night by his Mansfield based Parliamentary Office Team and Councillor Stephen Harvey.

Mr Bradley’s fundraising will continue until May, with all money raised going directly to Framework. To donate to his