Ben became Member of Parliament for Mansfield in the snap General Election in June 2017. He was the first Conservative to be elected in Mansfield since the constituency’s creation in 1858, unseating the previous incumbent of 30 years.

Born in Ripley, Derbyshire, Ben initially went to Bath University to study Sports Science. After deciding that the course wasn't right for him, he dropped out and worked as a landscape gardener and an Administrator. He later returned to University, where he graduated with a first-class honours degree in Politics from Nottingham Trent University in 2013. Following this, he took on several roles, including as a Recruitment Consultant, before taking on the role of Campaign Manager for Mark Spencer, the Member of Parliament for neighbouring Sherwood prior to the 2015 General Election.

Following his election to Parliament, in early 2018 Ben was appointed as Vice Chairman of the Conservative Party, with responsibility for youth engagement. Following on from this appointment, in March Ben re-launched the ‘Young Conservatives’ organisation, the national youth wing of the Conservative Party, and is tasked with building the organisation to support young people in engaging with politics. He resigned from this role in July 2018 in order to be able to speak out for his constituents on Brexit plans.

He's since worked on both the Education and the Women & Equalities Select Committee, as well as working as Chairman of the All Party Group for Sport.

Ben is married with two children, aged 2 and 5. 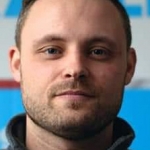 I’ve been the Member of Parliament for Mansfield for the last four years, and so I spend much of my life working to make a positive change for our area; seeking investment, working with other organisations on plans, helping local people or asking them for their views on things. 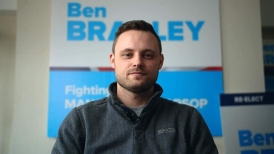